The last standalone Art Basel OVR, OVR:2021 will be February 9-12, 2022, so does this signal the end of COVID? Perhaps more of an appeasement as OVRs related to physical fairs will continue for the time being.

Featuring 59 galleries from 21 countries and territories, “OVR:2021” will exclusively showcase works created in 2021, reflecting the artistic output of the remarkable past year. Once again, participating galleries will present carefully selected solo or group exhibitions, showing up to eight works simultaneously.

“2021 has been a disruptive and disruptive year and many of the works in ‘OVR:2021’ bear witness to this. The last standalone Art Basel OVR, OVR:2021 will take place in February from February 9-12, 2022. We see that in the recurring topics in theaters, in the ever-widening range of perspectives from which artists create, and in galleries new to the international scene.

Several galleries will present presentations that explore our relationship to nature, including Daniel Faria Gallery selection of new sculptures by Jennifer Rose Sciarrino, whose work draws on science fiction and feminist critical theory writers to imagine a future where humans, plants and animals come together in care and mutualism. Lyles and King will feature works by Rosa Loy and Kathy Ruttenberg, whose feminist voices critique patriarchy and advocate for a more symbiotic relationship with animals and the natural world, while new paintings by Carlo D’Anselmi that consider the purpose or positioning of humans in their environment will be presented by Thierry Goldberg Gallery. Still life will bring together a selection of new works by Asim Waqif and Manish Nai, whose distinct practices call attention to often overlooked details of built environments and the ecologies they inhabit

“OVR:2021” will also feature works exploring artists’ fascination and entanglement with everyday objects and domestic settings. DC Moore Gallery will exhibit assemblages by Whitfield Lovell, which juxtapose resonantly drawn images of African Americans with period found objects, while Venus over Manhattan will feature works by Connor Annor, whose portraits and figurative works evoke moments of community and intimacy in domestic spaces. Carlos/Ishikawa will present a new body of work by Antonio
The continuing series of Tarshish compositions made from matchboxes found on the streets of the artist’s native Brazil, and Humanity Scene will feature a group exhibition of works by Marina Cruz, Rao Fu and Yang Lee, whose paintings of everyday scenes and objects allow viewers to resonate with preserved objects and family memory.

Other highlights include bipartisan photocollages by Scott Treleaven, whose artistic origins lie in small-bore cinema and self-published zines that have made lasting contributions to independent, queer and underground culture, presented by cooper cole; Presentation by Prometeogallery of unpublished works by Zehra Dog?an, in which the artist uses nuances obtained with fluids such as coffee and turmeric to draw female figures with naked bodies -but armed with rifles and Kalashnikovs-, who fight and rebel
against invisible coercive forces, thanks also to the influence of semi-divine creatures in the form of serpent-women or bird-women. Kaikai Kiki Gallery founded by Takashi Murakami, features works by graffiti artists such as TENGAone and ceramic artist Otani Workshop, focusing on the idea of ​​”Superflat”, a philosophy dealing with Westernization, consumerism and the breakdown of tradition in the post-war world, showing the many facets that comprise contemporary Japan. Jan Murphy Gallery will feature works by Sylvia Ken, Tjungkara Ken, Iluwanti Ken and the Ken Sisters Collaborative
(Tjungkara Ken, Yaritji Young, Freda Brady, Maringka Tunkin and Sandra Ken) – Indigenous artists from Arts Tjala in the remote Anangu Pitjantjatjara Yankunytjatjara (APY Lands) of South Australia; and Leila Heller Gallery will exhibit the paintings and collages of Parinaz Eleish Gharagozlou, based on the artist’s observations throughout his travels in his native country, Iran, and embodying the nostalgia of a land that so many people have lost.

The last standalone Art Basel OVR, OVR:2021 will take place in February from February 9 to 12, 2022. artbasel.com/ovr, as well as on the Art Basel app

Mark Westall is the founder and editor of FAD magazine, founder and co-editor of Art of Conversation and founder of the @worldoffad platform 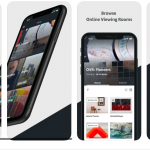 Live from March 24-27, and featuring 100 galleries from 25 countries and territories, “OVR: Pioneers” will be dedicated to artists who have broken new ground, for example aesthetically, conceptually or sociopolitically. Participating galleries will present carefully selected individual or group exhibitions, showing up to eight works simultaneously. 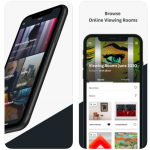 The December edition of Art Basel’s online viewing rooms will premiere tomorrow, December 2, and will feature an international lineup of 255 leading galleries from 30 countries and territories across North and South America, as well than in Europe, Asia and Africa. 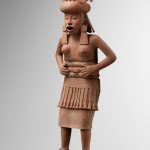 While the first cycle of “lockdown line art” was characterized by the sheer volume of material, sourced from galleries and fairs, the second lockdown in the UK coincides with attempts to improve the focus. This was seen in two recent fairs: Art Basel and TEFAF (The European Fine Art Fair, here in its New York edition but online). ‘OVR:20c’, Art Basel’s online viewing rooms. 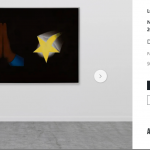 Art Basel’s online viewing rooms open to the public tomorrow Friday 18th and will run until June 26th. Thousands of artworks are available in 282 galleries. So obviously 10 works of art can’t really give you an overview, so we picked the ones that caught our eye, on the one condition that they weren’t already sold.

unlimited space, running out of funds As Burning Man struggles to stay afloat, organizers are hosting an auction in partnership with Sotheby’s. the association hopes the move will help it move towards financial stability, at least until the festival tickets go on sale in 2022 in January. the auction, nicknamed unlimited space … the possibilities […]

By Thomas Hickey, Excelerant Consulting Depending on your point of view, the great French painter Paul CÃ©zanne was either an extreme perfectionist … or a severe OCD. CÃ©zanne, you see, insisted that the subjects of his portraits less 100 sessions. Or they could move on and find someone else with brushes to do the job. […]