In the premises of the Fustat Traditional Handicraft Center in the heart of Old Cairo, the sound of hammers pounding copper fills the air. It’s the sound of skillful young hands working copper, among other alloys, as they strive to master several authentic Egyptian crafts.

Craftsmen holding the hammers participate in The Artisans of Egypt (Sanayeitet Masr), a two-year diploma training program designed and implemented by the Development Fund of the Ministry of Culture.

“We launched the program in July 2019, with the aim of initiating and training young people in traditional crafts in order to ensure the sustainability of this craft thanks to a new generation of craftsmen who would learn authentic techniques”, explained Iman Abdel-Mohsen, consultant of Sanayeyet. Masr project and former head of the Art department at the culture fund.

“We selected 120 young people aged 18-40 out of the 450 candidates, and most of them were women,” adds Mohamed Gamal, specialist in ceramic art at the Center for Traditional Crafts in Fustat.

“After providing them with training in the techniques during the first few months, we gave them a joint project to develop,” Professor Hisham Gomaa, director of the Fustat Traditional Craft Center, told Ahram Online.

“The project was for a tourist restaurant and each craftsman had an idea of â€‹â€‹an authentic handcraft item to fit the big project, one will make khayameya patchwork napkins, the other to place a serving plate in copper under a porcelain one, and there is also a copper and wood sauce serving tray, as well as some copper ornaments adorning the glass, â€Gomaa said. 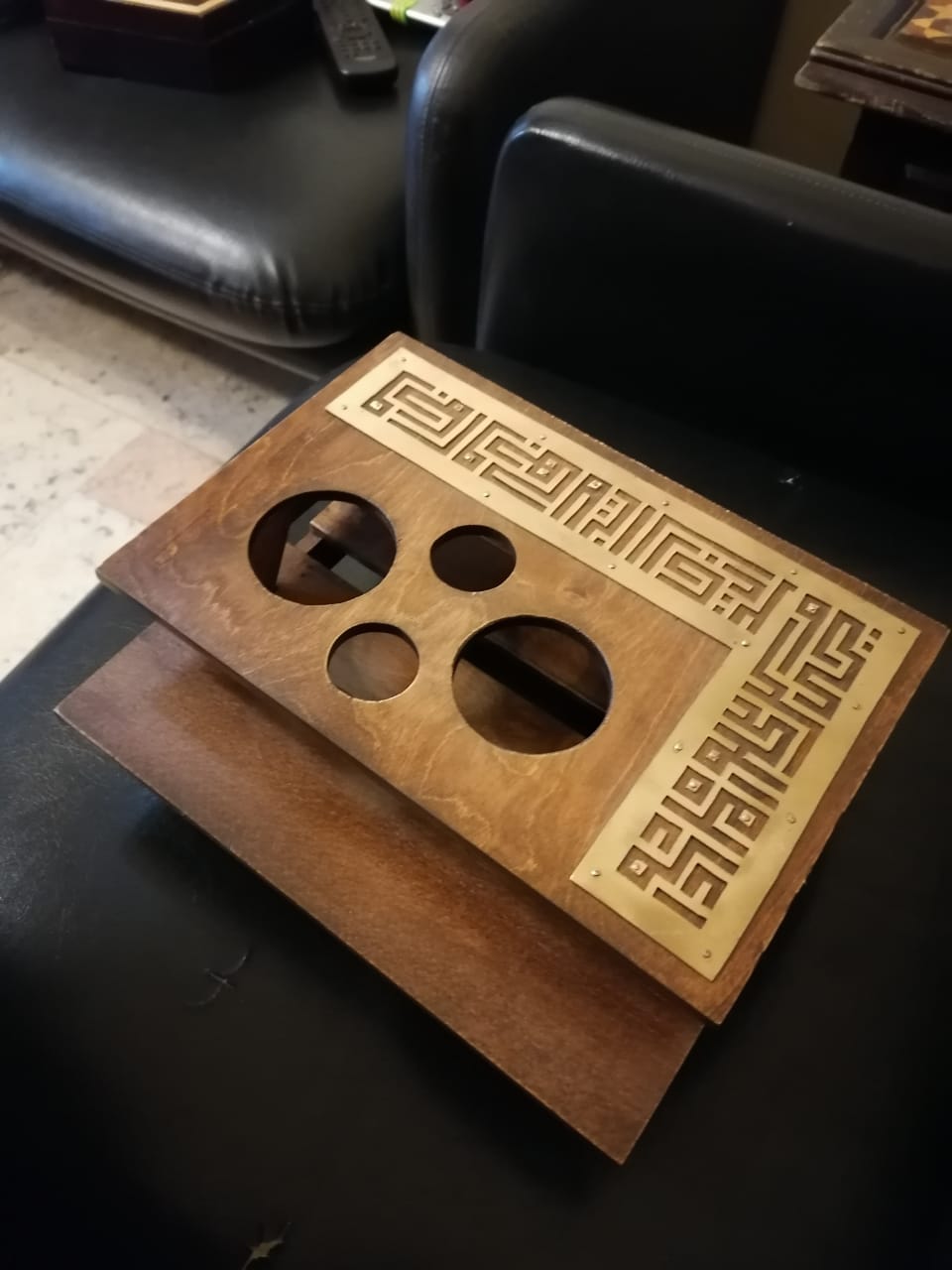 Students also learn the history of the arts and visit museums related to their works of art as part of the training program.

The second year of the diploma started two months ago. “This year is more advanced; we are trying to help them market their projects and work with them as freelancers. They will study design, marketing and project management, so they will know how to start their own business. “, added Abdel-Mohsen.

Several students and trainers who have spoken to Ahram Online about their experiences in the program strongly agree.

Marina Michael, 29, said it had been a good experience, learning all the techniques related to copper gave her a great opportunity to practice her passion.

Meanwhile, Weaam Mohamed and Hala Abd-Alhadi said they took the training opportunity to work on their startup project with handmade accessories. A graduate in biotechnology, May Mahmoud explained to Ahram Online that she had chosen this profession as a step in her art recycling project.

Fatemah Mohamed said she was fascinated by the authentic copper designs. A graduate in applied arts, she decided to integrate these patterns into her decoration and craft creation projects.

â€œI love this initiative because it will help so many crafts survive and be reborn. This class is very special and they have shown great skill and passion, in such a short time, â€Mahmoud El-Masry, the program’s copper workshop trainer, told Ahram Online. 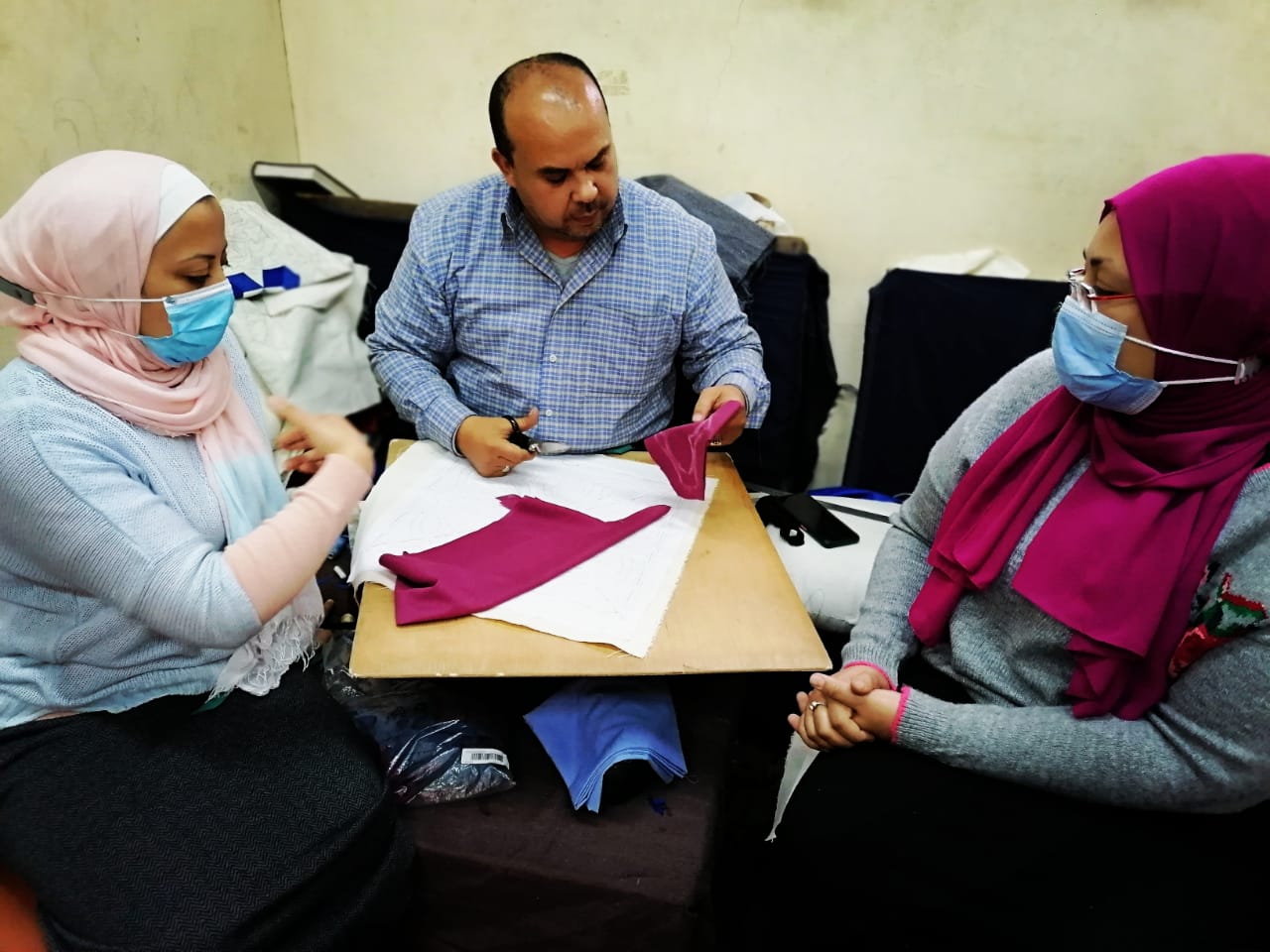 It was a real treat for those who chose the ancient art of khayameya quilting.

Shimaa Qandil said that she enjoyed Khayameya’s quilting, explaining that it was the first time for her to work on Khayameya but that she was very happy to be good at it. â€œYou see, that was my grandfather’s profession,â€ Qandil noted.

Hala Anwar said that she drew on fabrics and was inspired by khayameya patterns.

Mona Ahmed is a fashion designer who has decided to incorporate khayameya themes and concepts into her new clothing line.

â€œThese are the best khayameya students to work with,â€ noted Ahmed Amin, another trainer, who said he was proud to teach women in this male-dominated profession.

The premises of the center are quite a spectacle with white domes that reflect Nubian motifs adorning the place.

The center was built in 2001 by architect Galal Amer who adopted the same line of thinking from his mentor Hassan Fathi.

However, the original site on which the premises were founded was once the home / studio of the late artist Saeed El-Sadr (1909-1986). 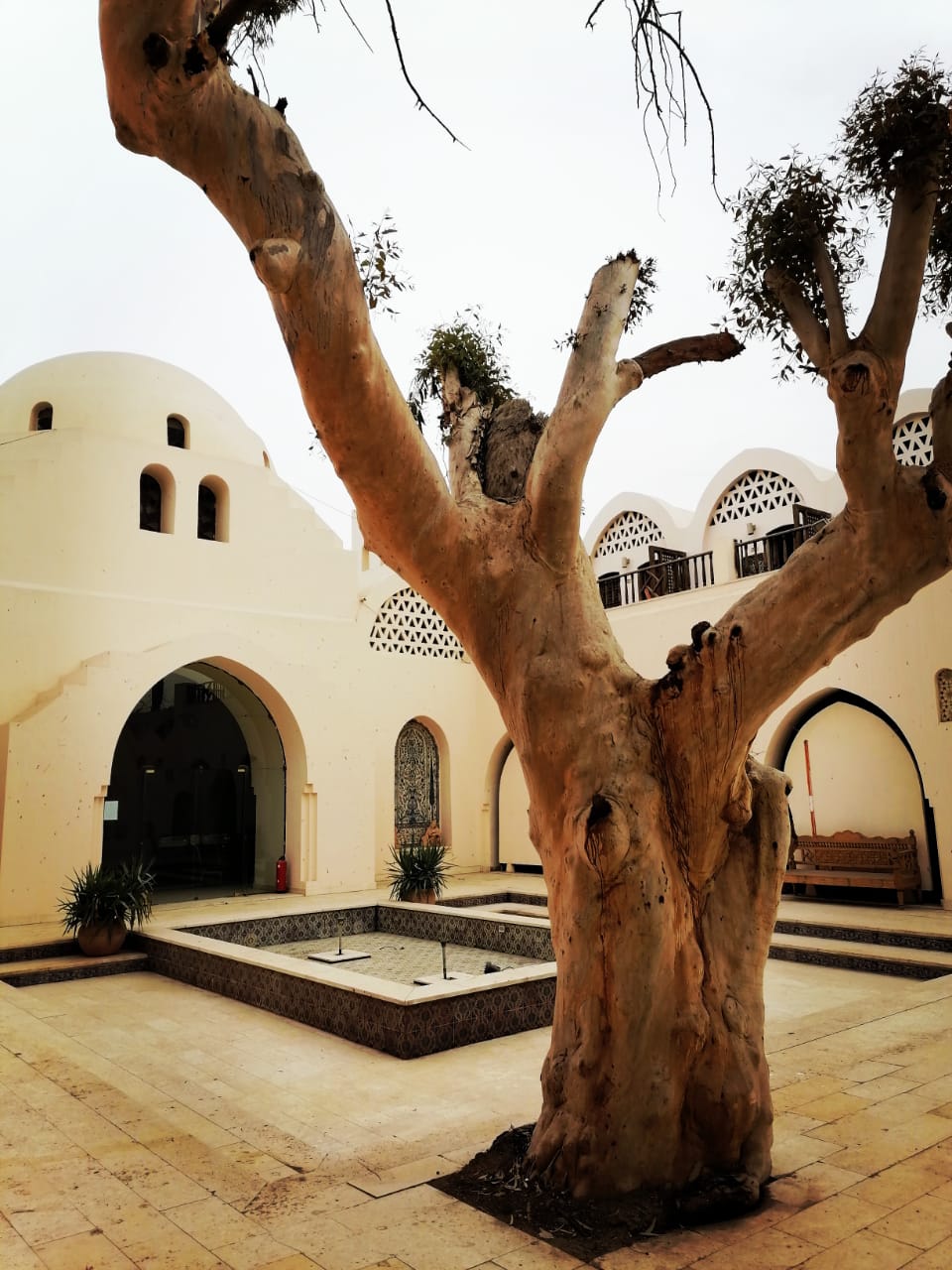 â€œHe himself planted this camphor tree,â€ said Abdel-Mohsen, the tree still standing in the center of the courtyard.

â€œSaid El-Sadr was one of the people who revived the pottery tradition in Egypt,â€ Gomaa said.

â€œYou see, Fustat was the center of pottery in Islamic Cairo. Pottery and ceramics flourished during the Fatimid and Mamluk eras. However, during the Ottoman era the curve decreased until pottery was limited to Olla (pottery water flask) and Zeir (a pottery basin for storing drinking water and keeping it cool) â€Gomaa said.

â€œEl-Sadr is the one who revived him after he finished his studies in London. He came back with his own ideas and knowledge and used it to revive traditions … it was he who created the section pottery at the Faculty of Applied Arts, â€noted Gomaa.

The culture ministry plans to establish a museum for Said El-Sadr in a new extension of the center, he said. 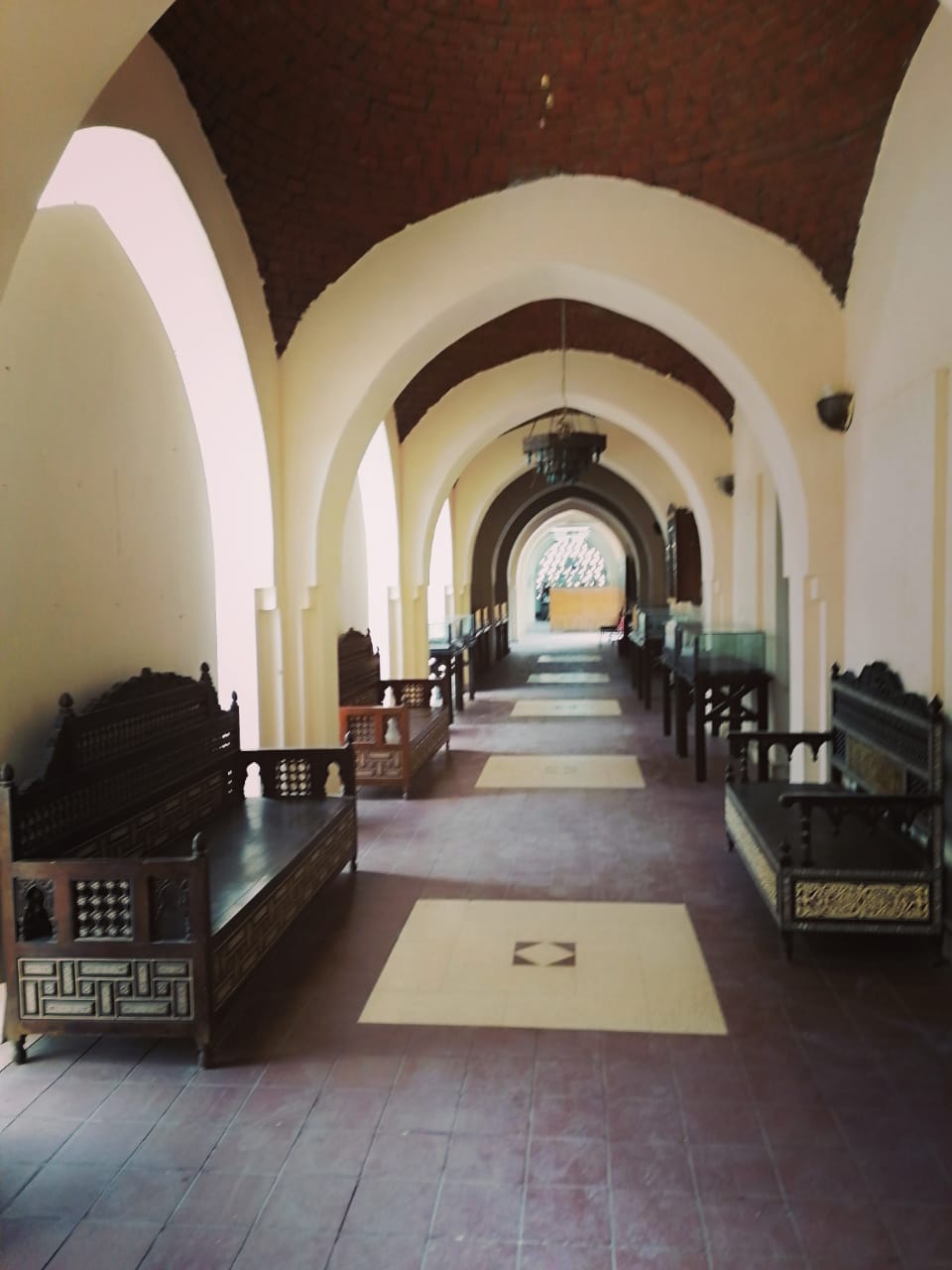 June ArtWalk is filled with more in-person events as COVID-19 recedes from public concerns. This Saturday in downtown Lafayette, ArtWalk has multiple windows. This market will take place from 2 p.m. to 9 p.m. Sans Souci Market with Louisiana Crafts Guild from 2 p.m. to 9 p.m. Lafayette Arts & Puces Market at Parc de […]

Navneet Sehgal, the man behind the successful implementation of the program, spoke to this newspaper. New Delhi: The â€œOne District One Product (ODOP)â€ program launched by the government of Uttar Pradesh three years ago has led to the revival of local arts and craftsmen who were facing an existential crisis.The Sunday Guardian spoke to Navneet […]

It rained last weekend, but artisans and bakers at Cloud Springs Baptist Church in North Georgia expect their produce to be ready to go on Saturday. Further afield in Chatsworth, Georgia, the Chatsworth-Eton-Murray County Chamber of Commerce is moving to a new location for the Black Bear Festival. In Dayton, Tennessee, members of the Dayton […]