In the latest show of love from the current series rights holder to international fans of the iconic mecha series, BIGWEST CO. LTD partners with Udon Entertainment to release the first ever officially licensed Macross art book available outside of Japan.

RELATED: Macross and Robotech to Co-Exist as 20-Year Rights Battle Finally Comes to an End

The first in a series of planned art books collecting the various Macross-related works of mechanical designer Hidetaka Tenjin, Hidetaka Tenjin’s Artistry of Macross: From Flashback 2012 to Macross Frontier will kick off by bringing together the “artwork of the artist from the era of Super Dimension Fortress Macross: Flash Back 2012, Super Dimension Fortress Macross II, Macross Plus, Macross 7, Macross Zero, and the Macross Frontier TV series. 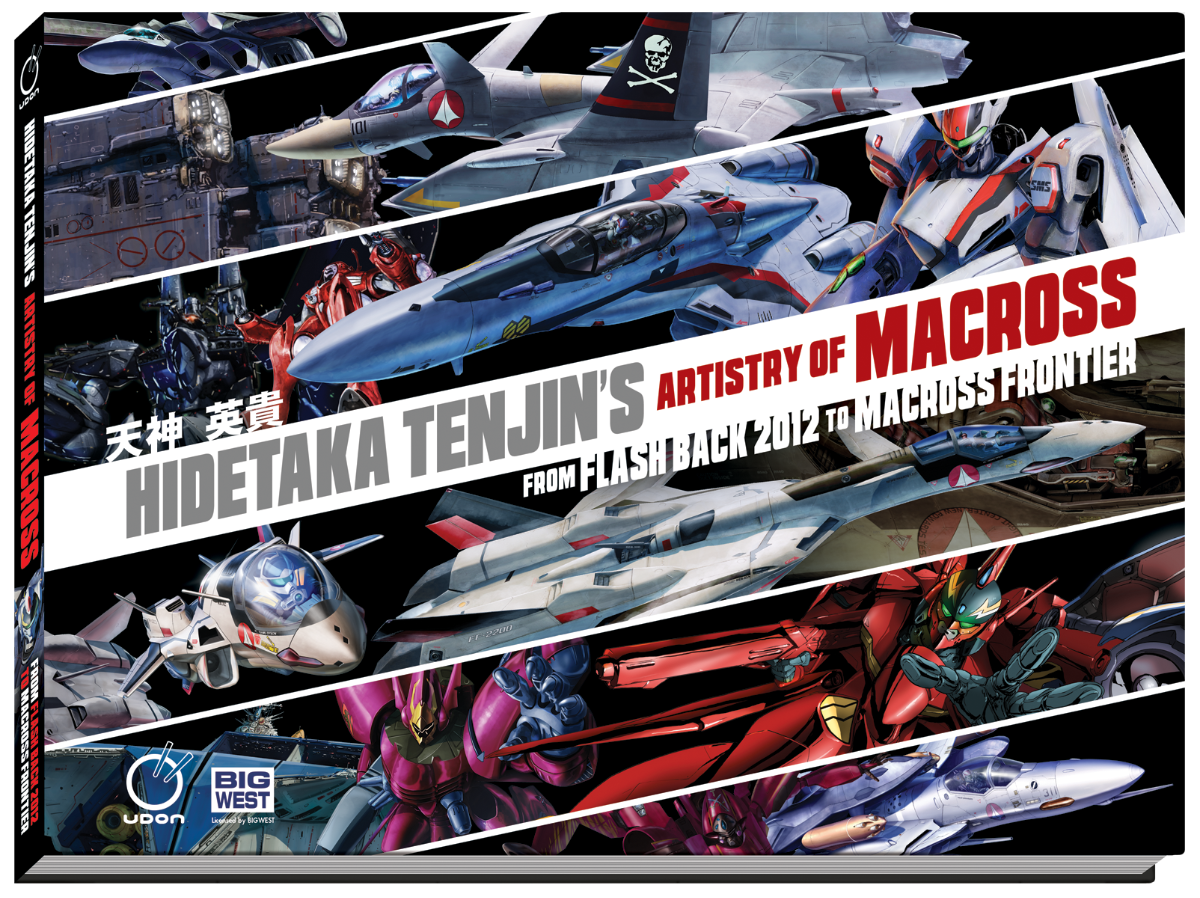 “I’ve been involved with MACROSS in a professional capacity for over two decades now, but started out as a fan myself, so the prospect of bringing my art to a new international audience is something I’m hugely excited about” , Tenjin said about the publication of the art book.

“Hidetaka Tenjin’s Artistry of Macross not only marks my first published work outside of Japan, it’s also the first art book to be published in North America under the MACROSS name,” he noted. . “Although I’m more than a little nervous about the idea, I hope people enjoy it and it helps them get to grips with the world of MACROSS.” 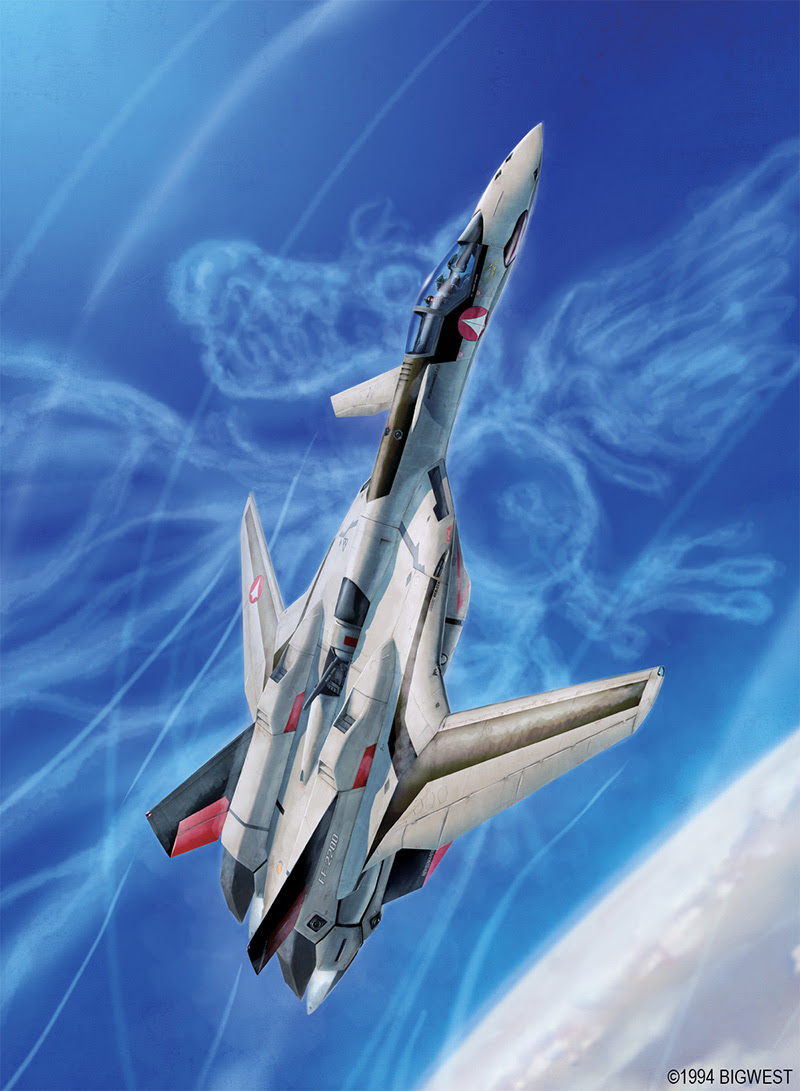 BIGWEST CO. LTD. CEO Kaya Onishi added, “It’s been 40 years since Super Dimension Fortress MACROSS first hit the airwaves and today many who grew up watching it are involved in the franchise.”

“Hidetaka Tenjin was one of the first fans to go down this path,” she explained. “He’s been involved in aspects ranging from creating key anime visuals to box art for MACROSS products and, in the case of the franchise’s newest entry, MACROSS Delta, even oversaw the color designs of the various Valkyries.”

She then offered fans an optimistic view of the future, saying, “As the first official MACROSS publication to be released outside of Japan, I’m sure Hidetaka Tenjin’s Artistry of Macross will similarly inspire new generation of MACROSS creators.” 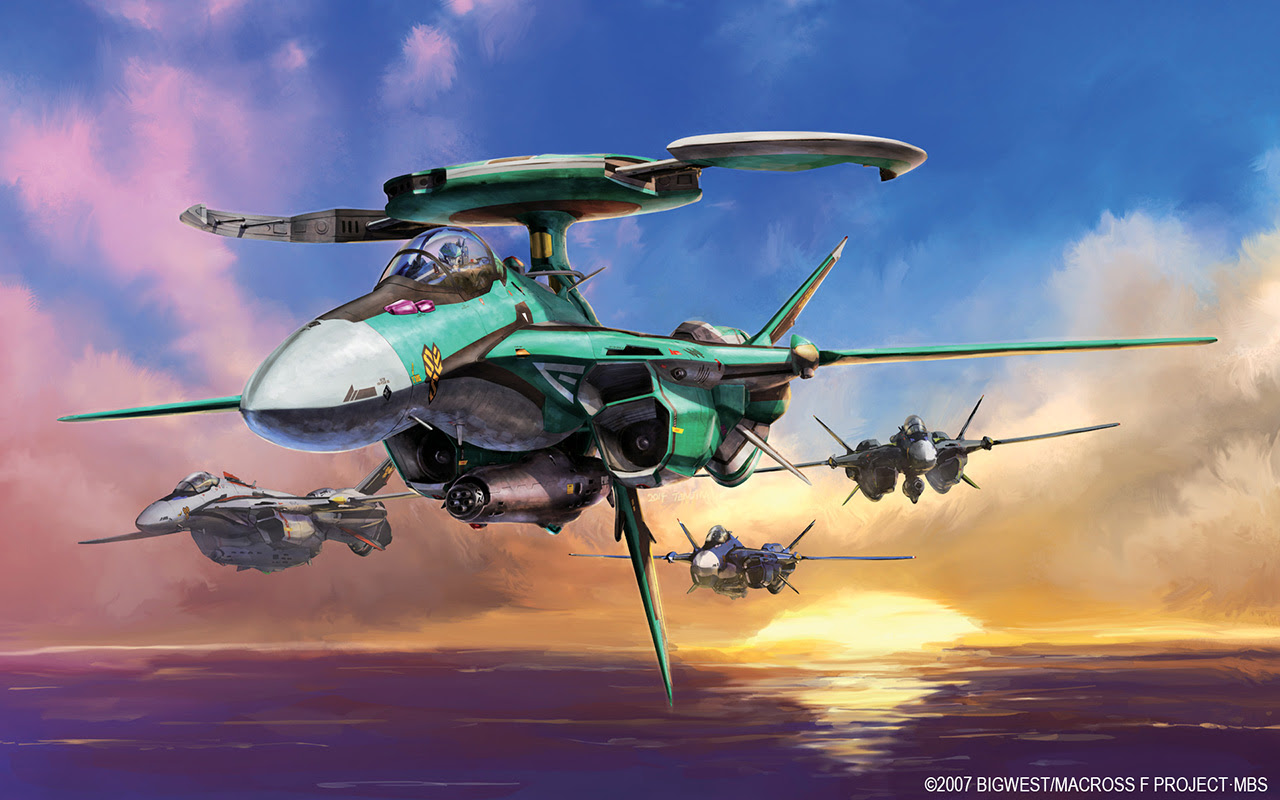 Presenting himself as the example of such an artist that Onishi alludes to, UDON Entertainment head Erik Ko recalled, “MACROSS had a very big influence on me growing up. The transforming robots, the engaging story, the beloved characters and most of all the songs are all so unique and inspiring! »

“Being able to work with BIGWEST and Tenjin-sensei is a dream come true,” he further exclaimed. “I am deeply honored to be the first overseas publishing licensee and look forward to working with Tenjin and BIGWEST on more upcoming projects!”

Although a variety of complicated rights issues prevented Robotech’s original source material from going overseas in complete form, on April 9, 2022, BIGWEST CO. LTD. and Harmony Gold released a joint statement announcing that they have reached a “historic agreement immediately [that] enables worldwide distribution of most Macross movies and TV sequels worldwide, and also confirms that Big West will not oppose the Japanese release of an upcoming live-action Robotech movie.

“The agreement also acknowledges Harmony Gold’s long-standing exclusive license to Tatsunoko to use the 41 characters and Macross mecha from the Robotech TV series and related products worldwide, excluding Japan,” the companies said. “Going forward, the two parties will cooperate on distribution regarding future Macross and Robotech projects for the benefit of both franchises.”

Slated for wide release on October 18 and currently up for pre-order on Amazon, to celebrate Tenjin’s upcoming convention appearance as a featured guest, limited preview copies will be available from Udon’s booth at San Diego this year Comic Con.

You’ve seen them hung by the dozen in Roy’s Green Room waiting for a party group of eager celebrants to pick them up, or brightening up your friends’ walls, or even stored on cozy shelves in dens lined with books, but you have them. Have you ever seen yourself stop and think how natural it […]

SOLVANG, Calif., Jan. 10, 2022 (GLOBE NEWSWIRE) — Here’s another “Time Gates” from Santo Cervello. A museum art book that contains three hundred images from times past, present and future. Volumes III and IV are now combined into a one-of-a-kind eBook, available on Kindle. “Time Gates” Volume I, II and V, by Santo Cervello, are […]

Halloween may be over, but that doesn’t mean the dread has to end. The global supplier of art books, Taschen, has published Witchcraft: the library of esotericism, which chronicles the history of folklore from its ancient roots to its modern incarnations. Edited by Jessica hundley, and co-edited by the author, researcher and practitioner Pam grossman, […]